Children with aging parents often call us because they are concerned that their mother or father is making irrational, even dangerous, decisions. Bills have not been paid, loans or gifts have been made to dubious individuals or organizations, they are driving without a license, or the police have found them wandering the neighborhood confused. 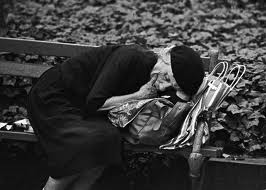 The client’s initial response is often to obtain a power of attorney for their parent; in fact, this is usually why they call us, believing that their parent will be protected if they are named as their parent’s agent, with the authority to act on their parent’s behalf. If the parent understands what they are signing, willingly relinquishes control over their financial affairs, and is not likely to be subject to elder abuse or undue influence, this sometimes works.

But if the parent’s capacity is questionable, their execution of a will, trust, or power of attorney can often make matters worse.

First, powers of attorneys (like wills and most trusts) are revocable, which means the parent can sign it today and revoke it tomorrow. The power is effective only as long as the parent consents to it.

Second, a power of attorney does not eliminate or even restrict the parent’s ability to conduct business.

Finally, if you are involved (by printing a form off the internet or purchasing a commercial form; by witnessing the document or “accepting” the office of agent or trustee; by being present and consenting when the document is signed; or even by failing to object when you learn of the document) in obtaining a power of attorney (or any other estate planning document) for a parent, it may be difficult to object to other important legal documents he or she executes in close proximity in time to the document you obtained.

For example, if you print a power of attorney, give it to your mother, and sign the form acknowledging that you have “accepted” your role as her attorney-in-fact, you may be found to have tacitly admitted that she has the legal capacity to make important legal decisions. If the next day she signs another power of attorney naming the “black sheep” of the family as her agent, or worse, signs a deed giving the black sheep the family home, what grounds do you have to object? Will your argument be that she knew exactly what she was signing on Monday (when she gave you enormous power over all of her financial affairs) but was incapacitated on Tuesday (when she gave your deadbeat brother the house)?

We have certainly seen that argument made, and sometimes it is credible. Scores of factors may affect the capacity of an elderly person at a given moment, including diet, depression, medication, infection, alcohol abuse, stroke, dementia, lack of sleep, and delirium, among other things. So it is true that many elders can be “sharp as a tack” one day and terribly confused the next — hence the oft-heard observation that an elder has “good days and bad days.”

But while the argument may be true, it is one you want to avoid if possible. It is far better, in our experience, to consult with an attorney and, if necessary, a medical doctor or neuropsychologist before acting. If a client’s capacity is questionable we often obtain a professional capacity evaluation. If the elder is non-compliant, or likely to be the victim of elder abuse, undue, influence or fraud, a conservatorship is often the most prudent solution.

View All
Online Estate Planning Programs
For many young parents this scenario is familiar: You and your spouse are flying across the country for some family event—a wedding, the death of a...
by Loren Barr
Read More
Arbitrations v. Class Actions
The Consumer Financial Protection Bureau recently finalized a controversial rule that prohibits financial-service companies from including...
by Gordon Young
Read More
The Limited Effectiveness of “No Contest” Clauses in California Trust & Estate Litigation
A “no contest clause,” according to California Probate Code section 21310(c), is “a provision in an otherwise valid instrument that, if...
by Loren Barr
Read More
View All