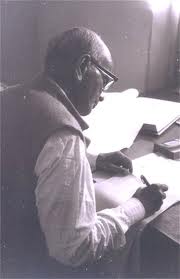 A power of attorney can be “special” or “general.” A special power of attorney is typically used to allow the agent to act for the principal in a particular transaction, such as the sale of real estate or the exercise of stock options. At Barr & Young Attorneys we have drafted Special Powers of Attorney for Chevron and Bechtel employees that allowed their agents to sell or rent their homes in the Bay Area while they were assigned overseas. Because special powers of attorney are limited in scope, a general power of attorney is usually more appropriate in most estate plans.

Because of the enormous power of these documents (the power to empty the principal’s bank accounts and sell all their property, for example) clients should name only the most trustworthy family members or friends, or a professional fiduciary, as their agent. To ensure that a power of attorney is not used until it is absolutely necessary, a “springing” power of attorney is often appropriate.

A springing power of attorney only becomes effective upon the occurrence of a particular triggering event, typically the incapacity of the principal. The triggering event is often the written statement by one or two physicians that the principal is unable to manage their own financial affairs.

Finally, powers of attorney for financial affairs typically do not give the agent the authority to make heath care decisions for the principal. Those powers are typically granted in an “advance health care directive” or “power of attorney for health care,” which are discussed in a subsequent post.

Based in Danville,California, near Walnut Creekand San Ramon, our attorneys have drafted special and general powers of attorney for clients throughoutNorthern California.

View All
Living Trust vs. Will in California: What to Choose in 2022
How do you compare a living trust vs. a will in California? Wills and trusts both allow you to dispose of your property to beneficiaries. Beyond...
by Loren Barr
Read More
Online Estate Planning Programs
For many young parents this scenario is familiar: You and your spouse are flying across the country for some family event—a wedding, the death of a...
by Loren Barr
Read More
Arbitrations v. Class Actions
The Consumer Financial Protection Bureau recently finalized a controversial rule that prohibits financial-service companies from including...
by Gordon C. Young
Read More
View All