In April, President Trump proposed a tax plan that, among other cuts, eliminates the estate tax altogether. The current federal estate tax is 40% on estates exceeding $5.49 million. While ending the tax might seem beneficial at face value, it could have serious implications for estate planning and end-of-life decision making. There are two problems with Trump’s proposal: first, the Senate will be forced to pass the proposal by a simple majority—or budget reconciliation—rather than a supermajority, meaning it would be temporary, lasting a maximum of ten years; second, in exchange for zero estate tax, he would eliminate the step-up in basis for capital gains on inherited property, creating an accounting nightmare. Many lawyers and accountants are worried by Trump’s proposal because it may repeat the chaos of 2012, when the last estate tax system was about to expire. 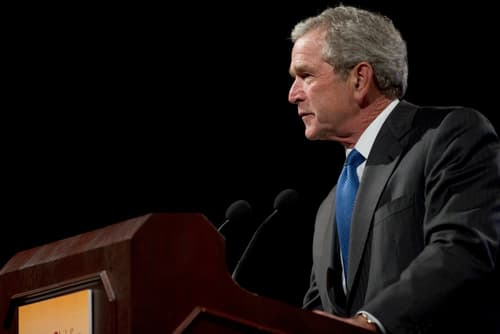 Prior to 2001, the federal estate tax exclusion amount—the amount of money that can be inherited tax free—had been around $600,000 since 1987. But that number did not reflect the disproportionately increasing property values in coastal states and developing areas. In 2001, President Bush signed “The Economic Growth and Tax Relief Reconciliation Act” (the 2001 Act), a tax plan that set the 2001 estate tax exclusion amount at $1 million and increased that amount each year until 2010, when the estate tax was set to be eliminated. Because the 2001 Act could not reach a 60 vote supermajority in the Senate, Republicans passed the Act with a simple majority—or budget reconciliation. The catch is that laws passed under reconciliation expire after one decade. The Act’s “sunset” clause meant that when the Act expired at the beginning of 2011 the estate tax would immediately revert to 2001 levels. Simply put, there would be no estate tax for one year between January 1st, 2010 and December 31st, 2010, at which point all assets over the $1 million exclusion would be taxed at 55%. The Bush administration planned to make the law permanent before it ever expired, but this never happened.

At 12 a.m. on January 1st, 2010, the estate tax ended, and it became a good year to die. Imagine this scenario: Dad is 90 years old and severely incapacitated. His estate is worth $10 million dollars. If he dies on December 31st, 2009, when the exclusion amount is $3.5 million and the rate is 45%, $6.5 million of his estate will be taxed at 45%, and his estate will lose nearly $3 million to taxes. If Dad lives until January 1st, 2010, his heirs receive all $10 million. But if Dad dies on January 1st, 2011, $9 million of the estate is subject to 55% taxation, and the beneficiaries lose nearly $5 million. It’s no wonder that the economist Paul Krugman called the 2001 Act the “Throw Momma From the Train Act.” This wasn’t just a murder-mystery fantasy. George Steinbrenner, the owner of the Yankees, died on July 13th, 2010 at age 80 with an estate worth $1.1 billion dollars. Had he died a few months earlier or later, his family might have been forced to sell the team to pay the tax. The official cause of death was heart attack, and although there is no evidence to suggest foul play, speculation is not beyond reason when $500 million and the New York Yankees are at stake. Even more convenient, Roger Milliken, a textile tycoon worth nearly a billion dollars, died on December 30th, less than 48 hours before the estate tax was reinstated. Milliken’s grandfather and co-founder of the company tried to avoid the estate tax when it was first instituted in 1916 by gifting shares of the company to his heirs before he died in 1920. In 1931, the Supreme Court ruled that those gifts were retroactively subject to the tax. One must imagine Roger Milliken dying a century later with a smile on his face. 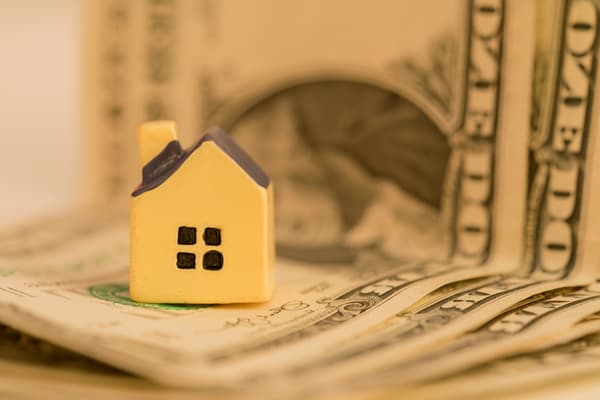 Our client’s mother possessed an estate worth $3.8 million. He wanted to modify his mother’s trust to reduce the inheritable estate in anticipation of the exclusion amount dropping to $1 million by January 2013. Because our client’s mother was incapacitated and unable to modify the trust on her own, we petitioned for an order allowing our client to modify the trust. The courts were swamped with similar petitions, so the order modifying the trust wasn’t signed until December 20th, 11 days before the law expired. By gifting much of the estate to the beneficiaries prior to their mother’s death, we reduced the taxable estate in the event that the 2010 law expired.

Obama signed the American Taxpayer Relief Act on January 2nd, 2013, establishing the estate tax system that Trump now aims to replace. But for the president to permanently change the tax system beyond ten years, he’ll need a 60 vote supermajority in the Senate, which is unlikely. This leaves budget reconciliation as the easiest option. If the law is passed under these circumstances, it will expire in ten years, resulting in a repeat of the confusion of 2010 and 2012. In both cases, an uncertain tax regime distorted the way people planned their estates, and jammed the courts with trustees’ last-minute petitions. The president and Congress would be wise to avoid repeating this mistake. 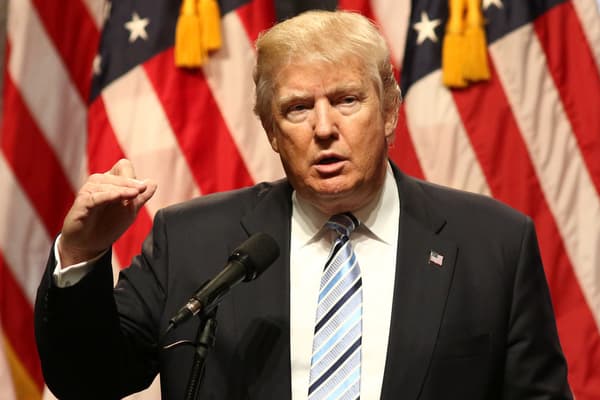 The second issue is that Trump might get rid of the step-up in basis on capital gains to compensate for eliminating the estate tax. “Basis” is the value of a property when it was purchased. A capital gain is the current market value of a property (a house, car, stock, etc.) minus the basis. In other words, it is the appreciated value of a property over time. The capital gains tax applies when that property is sold. The highest federal capital gains tax bracket is 20%, and the highest California bracket is 13.3%. Under the current system, when an individual dies the tax basis of his property is “stepped-up” to its market value at the time of the owner’s death. For example, imagine that Dad invested $50,000 in a diversified stock portfolio in 1970. In 2017, the portfolio is worth $2 million, meaning that it has a $1.95 million capital gain ($2 million minus the original $50,000 basis). Dad dies and leaves the stock to John. As the law stands, the basis is then stepped-up to $2 million. If John sells the stock the next day, his capital gain is zero and he will pay no capital gains tax. If Trump eliminates the step-up in basis, the capital gains on inherited property will instead be calculated using the original—or “carryover”—basis. That means John will pay 33.3% tax on a capital gain of $1.95 million. But the problem is not only money lost to the tax man: it is the accounting nightmare of determining an asset’s original basis. The assets subject to tax include every type of real and personal property—real property, stocks, a business, vehicles, tangible personal property (e.g., art, jewelry, collectibles), and innumerable other items. It can be nearly impossible to find the original value of items purchased 30, 50, even 70 years ago. Simply put, the carryover basis would significantly complicate an already Byzantine estate and trust administration process

If President Trump’s tax proposal gains traction in the coming months, consider its potential implications on your estate. And whenever you hear about changes in the tax laws, it’s prudent to ask your accountant and estate planning attorney how the changes will affect you.