The High Cost of Litigation in Contra Costa County

Lamenting the effects of recent budget cuts on the California court system, a Contra Costa County judge said recently that “there is no civil justice system left in California.” While he may have exaggerated slightly, there is no doubt that budget cuts have made litigation much more protracted and expensive. For those who can afford it, the solution may be greater use of private judges and arbitrators. The other litigants in Contra Costa County can expect several new difficulties.

— Fewer court reporters. Many courtrooms now operate without court reporters or audio recordings. This means that many lengthy and important hearings, where judges make crucial rulings affecting litigants’ lives and fortunes, are not captured “on the record.” The outcome may be recorded by the clerk in a brief “minute order,” but the arguments of counsel, the judge’s statement, questions, and reasons behind the decision are lost, making an appeal from an erroneous decision much more problematic. This is particularly disturbing in elder abuse cases, where civil judges may not be familiar with elder abuse and relevant law.

— Shorter hours at the clerk’s office. The days when documents could be filed all day are long gone. The clerk’s office, which was once open until 5:00 p.m., is now open from 8:00 a.m. to 1:00 p.m. Documents that need to be filed after 1:00 p.m. must be placed in the court’s drop box, a black hole from which some important documents never emerge.

— Discovery delays. Discovery is the most important part of litigation – where the parties must answer relevant questions under penalty of perjury. If a party is evasive, or refuses to answer, the opposing party can move to compel the party to answer. The motion to compel would be heard by a judge. Now, before filing any discovery motion, a party must first submit the motion to a “discovery facilitator” – an attorney volunteer who rules on the issue before it can be submitted to a judge. The rules governing discovery facilitators indicate it could take two months of non-binding “facilitating” before a discovery motion can be filed. 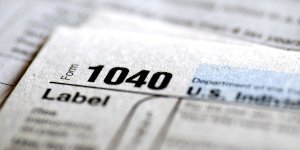 The causes of this situation are open to debate, but the results are clear. It will take longer and cost more to bring a case to trial in Northern California; there will be more erroneous rulings; and opportunities to appeal erroneous decisions will be lost.

View All
Living Trust vs. Will in California: What to Choose in 2021
How do you compare a living trust vs. a will in California? Wills and trusts both allow you to dispose of your property to beneficiaries. Beyond...
by Loren Barr
Read More
Zuckerberg’s Hawaii Estate: New Face of Neocolonialism
Earlier this month, The Guardian reported on Mark Zuckerberg’s latest attempt to purchase protected Hawaiian land parcels within his surrounding...
by Loren Barr
Read More
Online Estate Planning Programs
For many young parents this scenario is familiar: You and your spouse are flying across the country for some family event—a wedding, the death of a...
by Loren Barr
Read More
View All